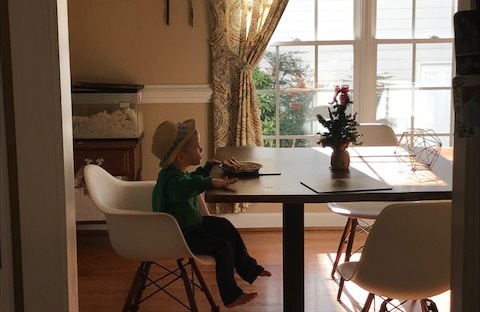 As this year closes, the news has been full of reports of allegations of men abusing and mistreating women.  I’ve been reading these headlines, while also spending the month of December fundraising and bringing awareness to the global money-making shame of human trafficking.  And it all has me thinking a lot about the kind of man I want my son to become, the hopes that I have for his character.  I have been praying for my son since the day he was born.  My prayers have been very specific for him as a male.  I pray for strength, a heart for the Lord, a heart for justice, a kind spirit and most of all, integrity.  This is a personal trait that is becoming more precious, more valuable, and rarer every day.  It’s defined as the quality of being honest and having strong moral principles.  And almost every time I check the headlines I see men lying about their actions, making excuses for their misdeeds and expecting people to serve their whims instead of recognizing when their whims subject others to abuse.

And I look at my son, who is now only three, but who will soon have desires which will be admirable and gracious on some days, yet embarrassing and selfish on others.  How do I begin to teach him to care about his choices and the impact they have on other people?  How do I begin to explain to him that girls outside his family will always deserve the same respect and kindness that he shows to his sisters?  How will he learn to sacrifice his creature comforts for the legitimate needs of those less fortunate in his path?  How will he figure out how to use his strength to fight injustice?  How will I coach his behavior so that he doesn’t become another woman’s disgraceful memory or headline?

But there’s a message passing through our culture that I don’t want him to hear: and that message is that there is nothing special about him as a male.  Because when women start emasculating men, men stop caring about women.  When we tell them they don’t matter, that we can live without them, they don’t see the need to practice integrity.  Why would we as women expect kindness and respect from men we don’t respect ourselves?

I want my son to know that his God-given strengths and tendencies are valuable.  I want him to see his maleness as the other half of the beautiful design God created in humanity.  When he notices the differences between himself and girls, I hope that the mystery produces a sense of awe and wonder in his mind, and not lust or greed.

I will continue to lift him up in my prayers even when I can no longer lift him in my arms.  I will speak for him until, God willing, my prayers become his own.